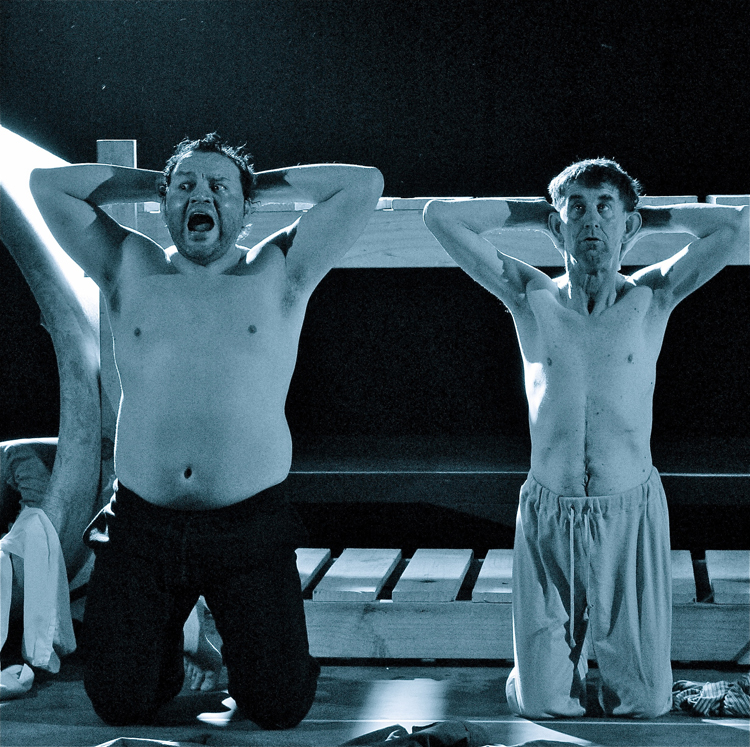 
Nominated for 2006 Adelaide Fringe Critics' Innovation and Excellence Award, Trapped is fresh from a 2010 tour of Vanuatu.  In 2011, with Asylum Seekers still in the news and barriers to inclusion still the norm, this haiku of a play is as relevant now as when first conceived.

Trapped grew out of the performers’ exploration of their own fears.  In performance, two strangers are thrown together in violent circumstances.  One has an accent.  The other doesn’t hear well.  Why are they being detained?

‘A fantastic piece of work’

‘A tribute to the humanity of its creators’

THE Migration Museum is an ideal setting for this short play about two men detained for different reasons, the building's own history of incarceration adding another layer to the haunting images conjured by local actors Alirio Zavarce and Kym Mackenzie.

Trapped by the ignorance of others, a sparsely furnished cell and the fear they never will be freed, the men find solace in friendship and a daily ritual of small, self-imposed routines.

Zavarce had asylum seekers in mind when he wrote and directed Trapped for Adelaide's No Strings Attached Theatre of Disability. Its reach extends to broader notions where it often seems there is no real desire to understand or tolerate difference.