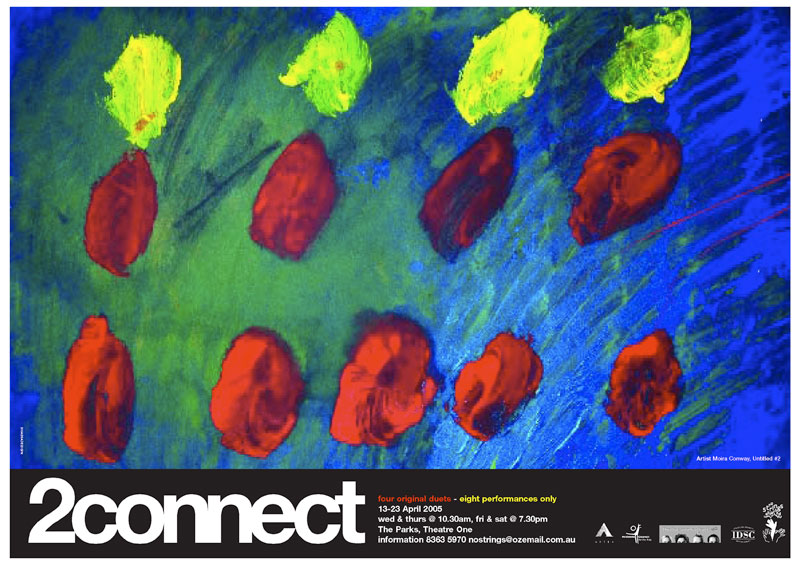 2connect is the umbrella title for a set of five theatre duets created by five No Strings Attached performers paired with five professional partner/mentors. Each pair was to create a short play on the theme of 'connection'.

2connect was an experiment in skills development and script development, and the experiment proved so successful that we staged it in two consecutive years. For the 2006 Adelaide Fringe Festival, the venue was Higher Ground, located in a former Imax cinema. Each short play was staged in a different area of the cinema, including the no-longer-used projection booth.

This promenade staging was exciting for performers and audience members alike, and won 2connect a Fringe Critic's Award nomination for Innovation and Excellence.