Acting for Film – with Paulo Castro

Another school holiday for No Strings another weeklong intensive. This September we had the wonder Paulo Castro back in the No Strings office passing on his expertise to some excited No Strings participants.

This short course ran for one week over 10 sessions. Acting for Film is designed as an introduction to prepare you to work in/on professional film and film sets. This school holidays we focused on working on camera, developing film-specific skills in voice, movement, focus, interactions, and working with others on screen. This practical course included on site filming and reviewing footage of work developed during class. 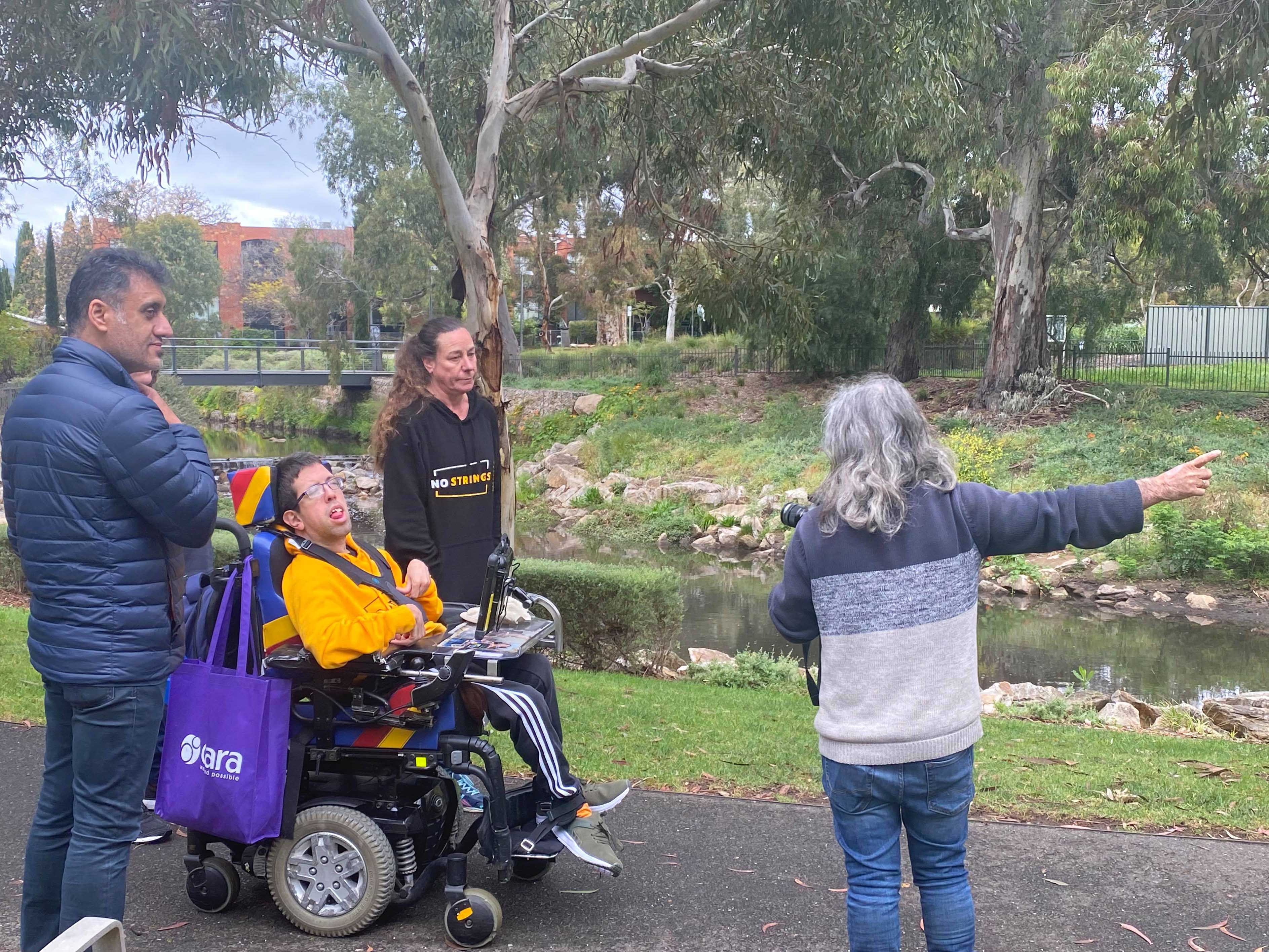 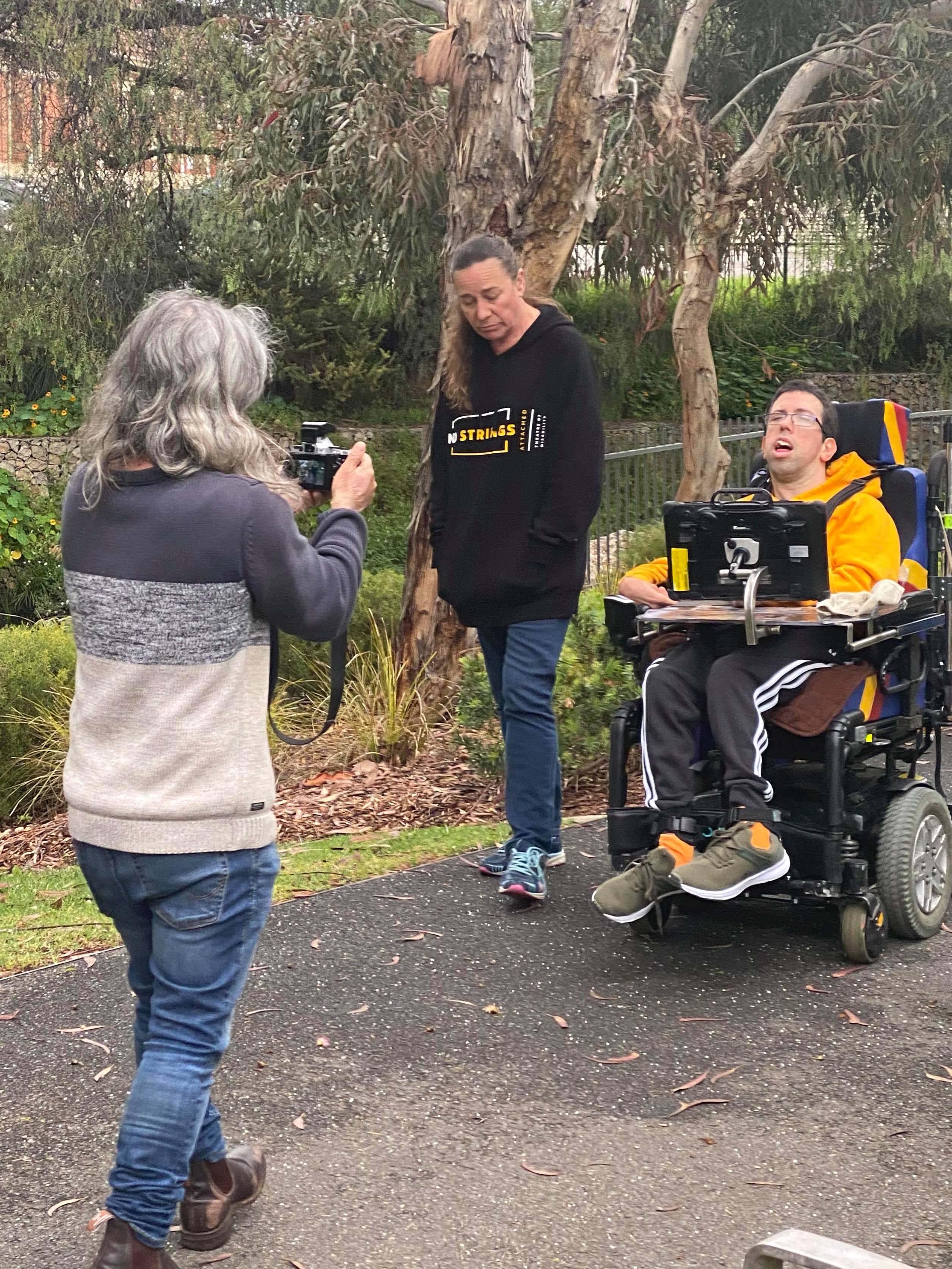 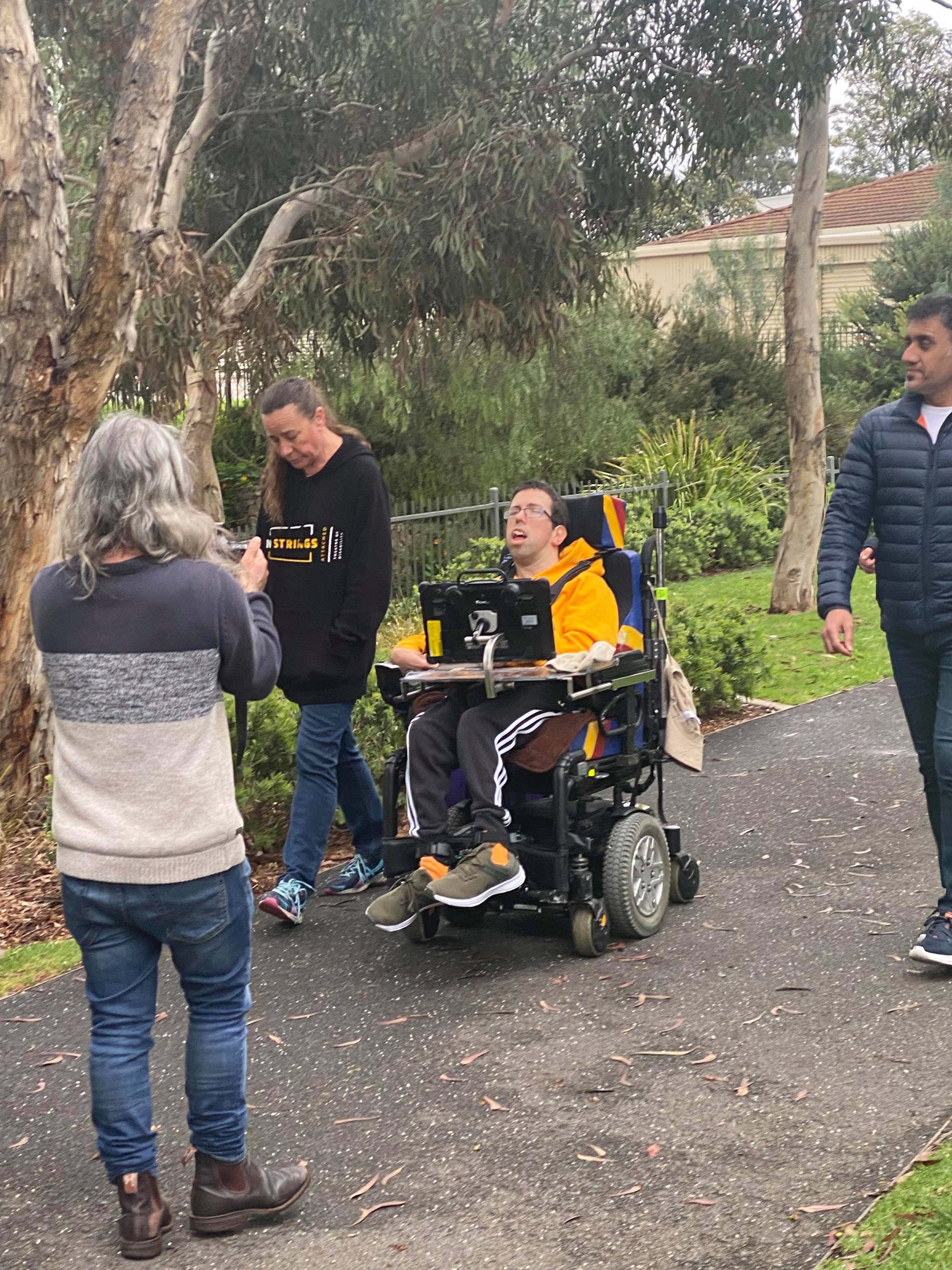 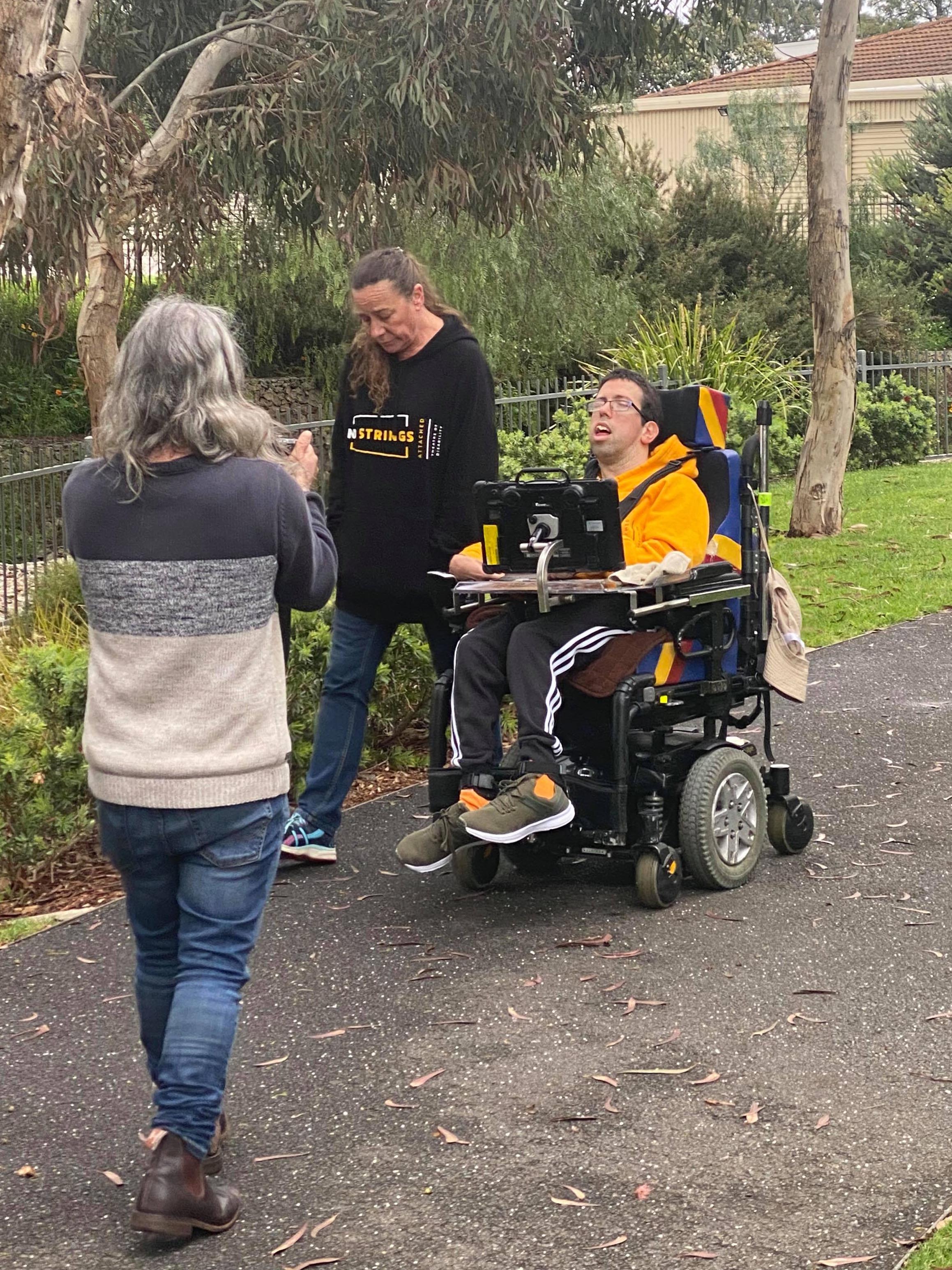 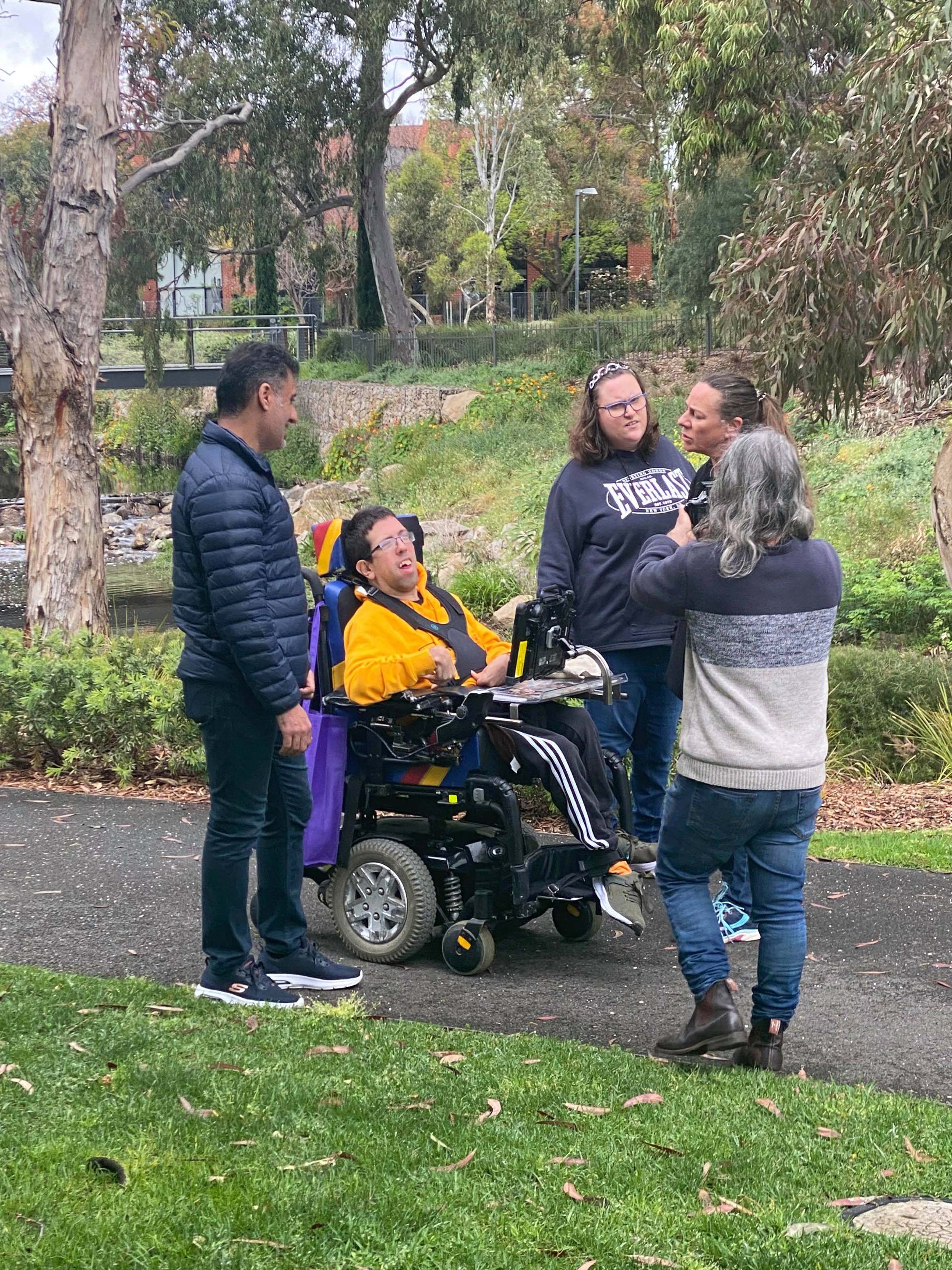 Let's hear what people had to say about the Intensive last time:

Paddy Firster: I wasn't nervous because I had worked with Paulo Castro previous in The Angel Project. During the Intensive Week I learned technical names for camera movements and how I should move in relation to them.

Kathryn Hall: I enjoyed having constant feedback from Paulo throughout the Intensives as well as after shooting a scene we would go back through the footage and Paulo would give us more tips on how to improve. He also provided YouTube videos as references that I was able to watch in my own time.

Corey Hooper: First time Corey had done anything like this, so he was understandably nervous but after the first class those nerves disappeared. He said his favourite part of the workshop was learning how the cameras are used. 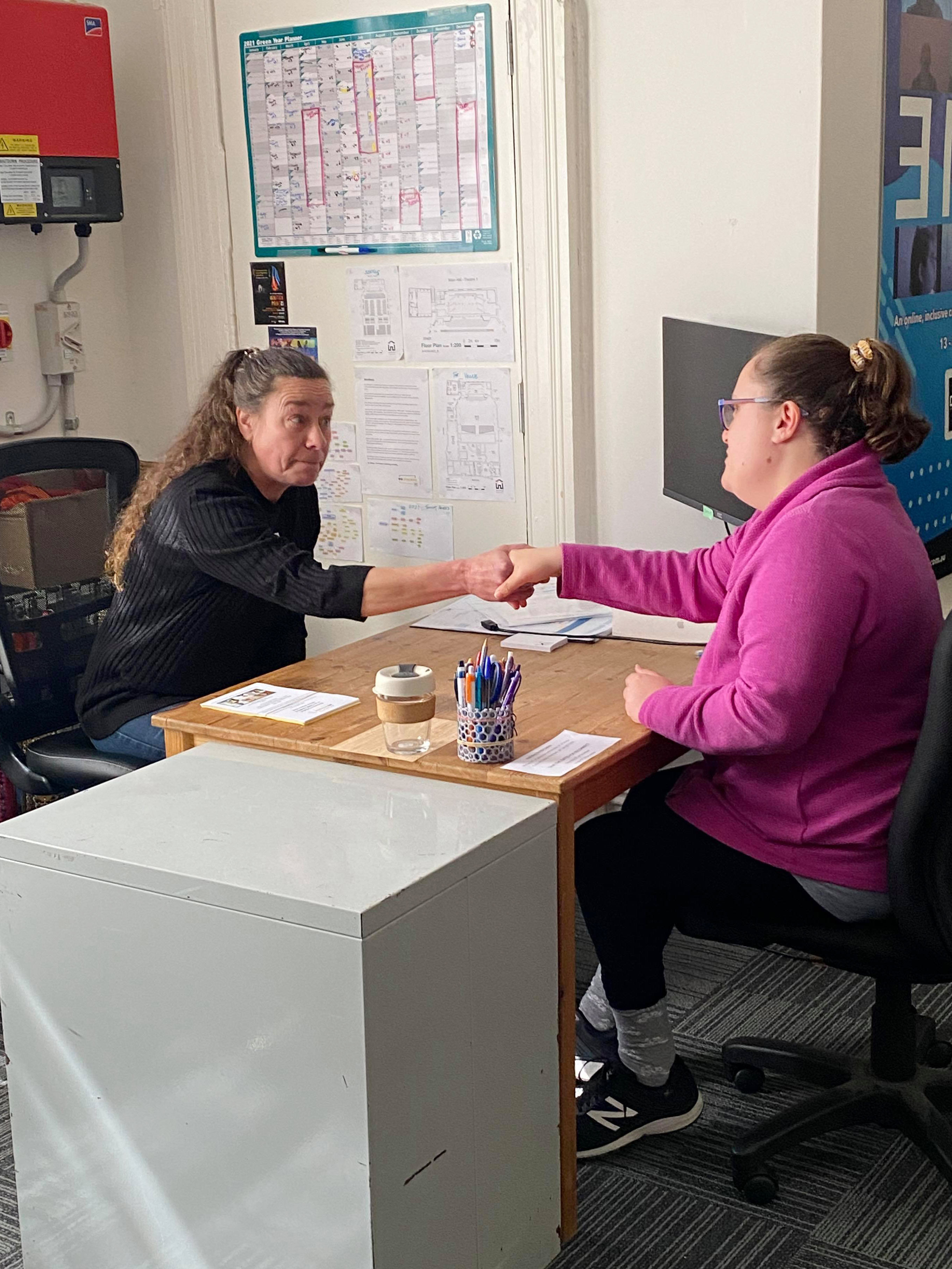 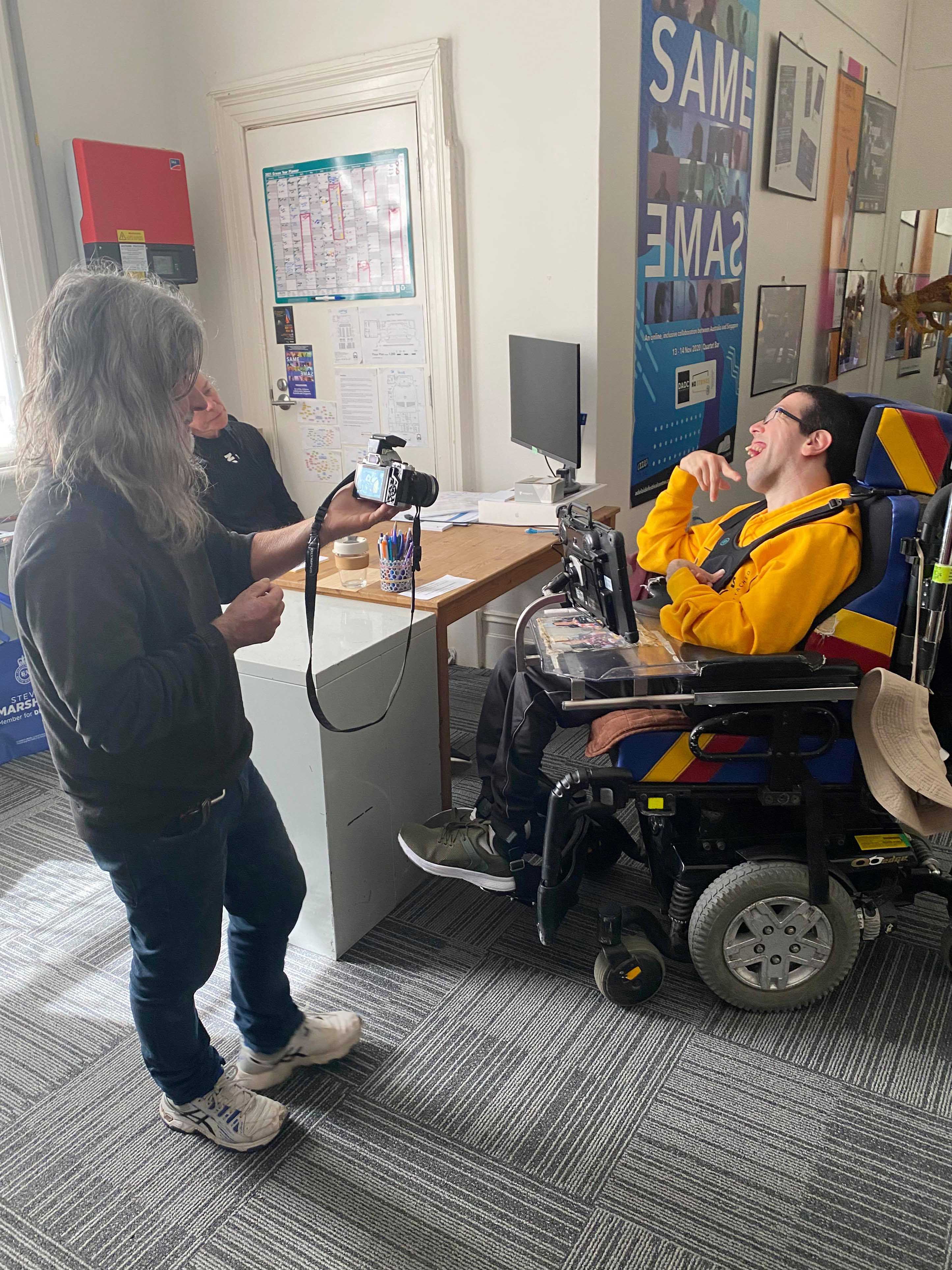 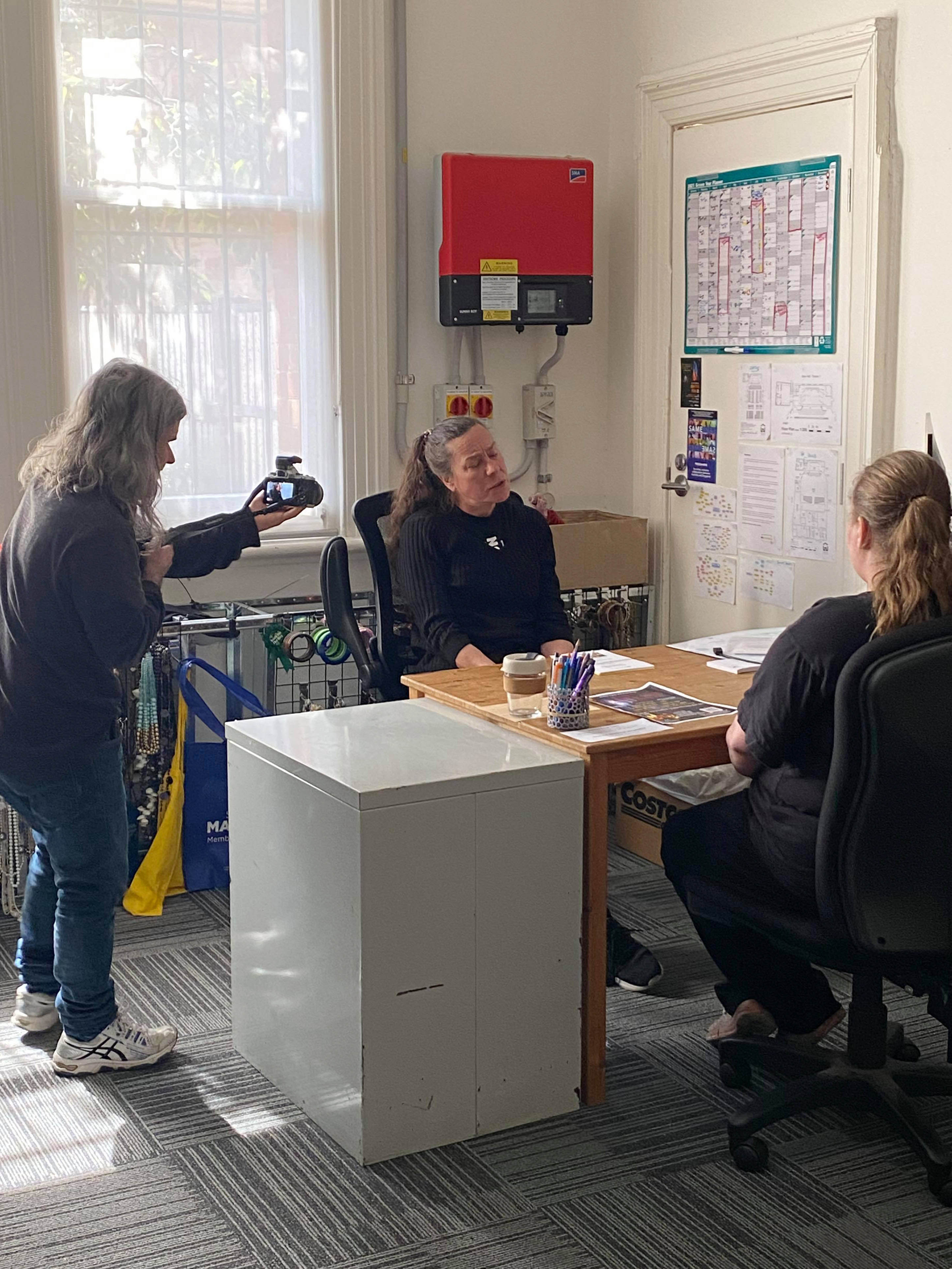 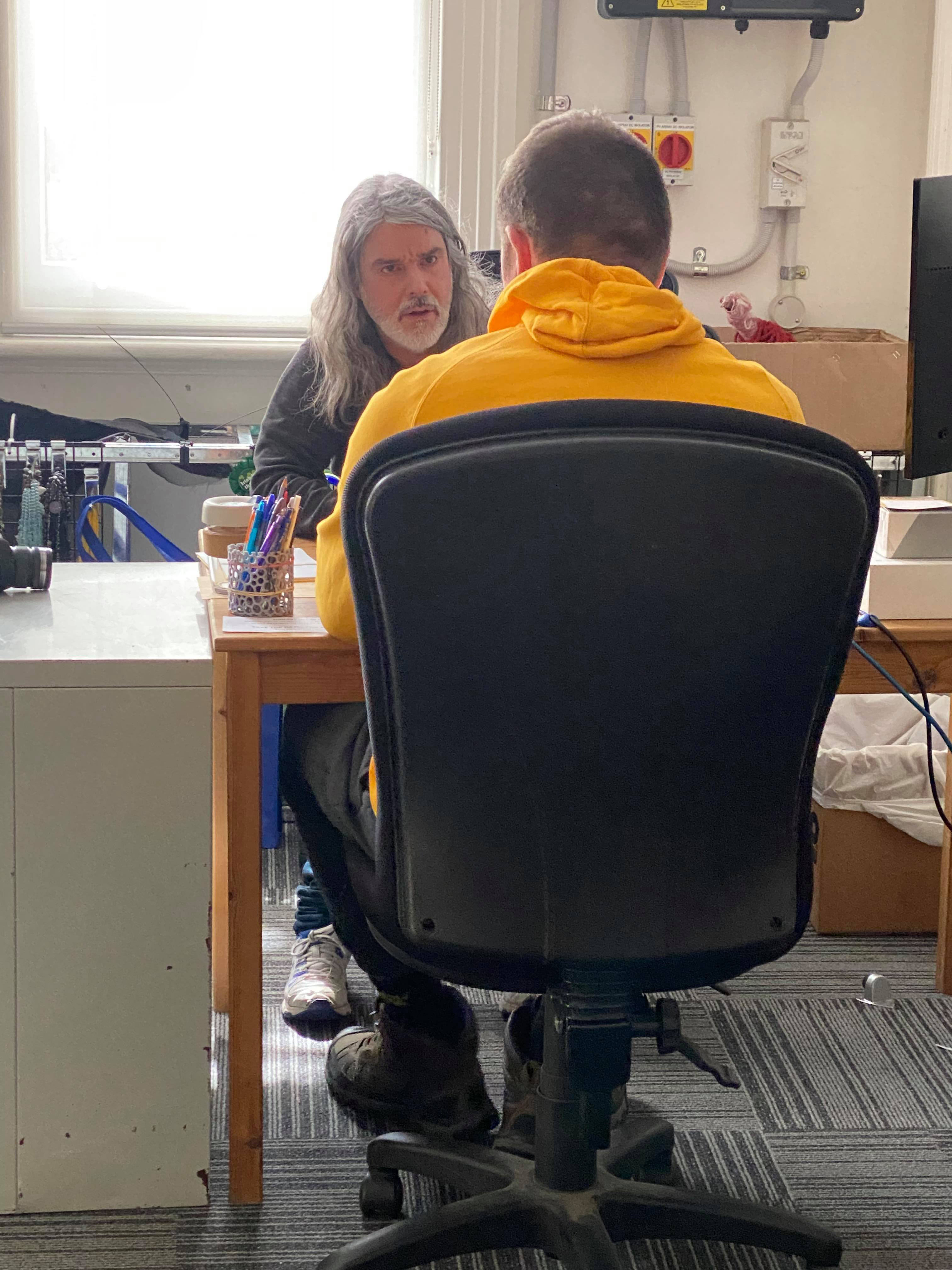 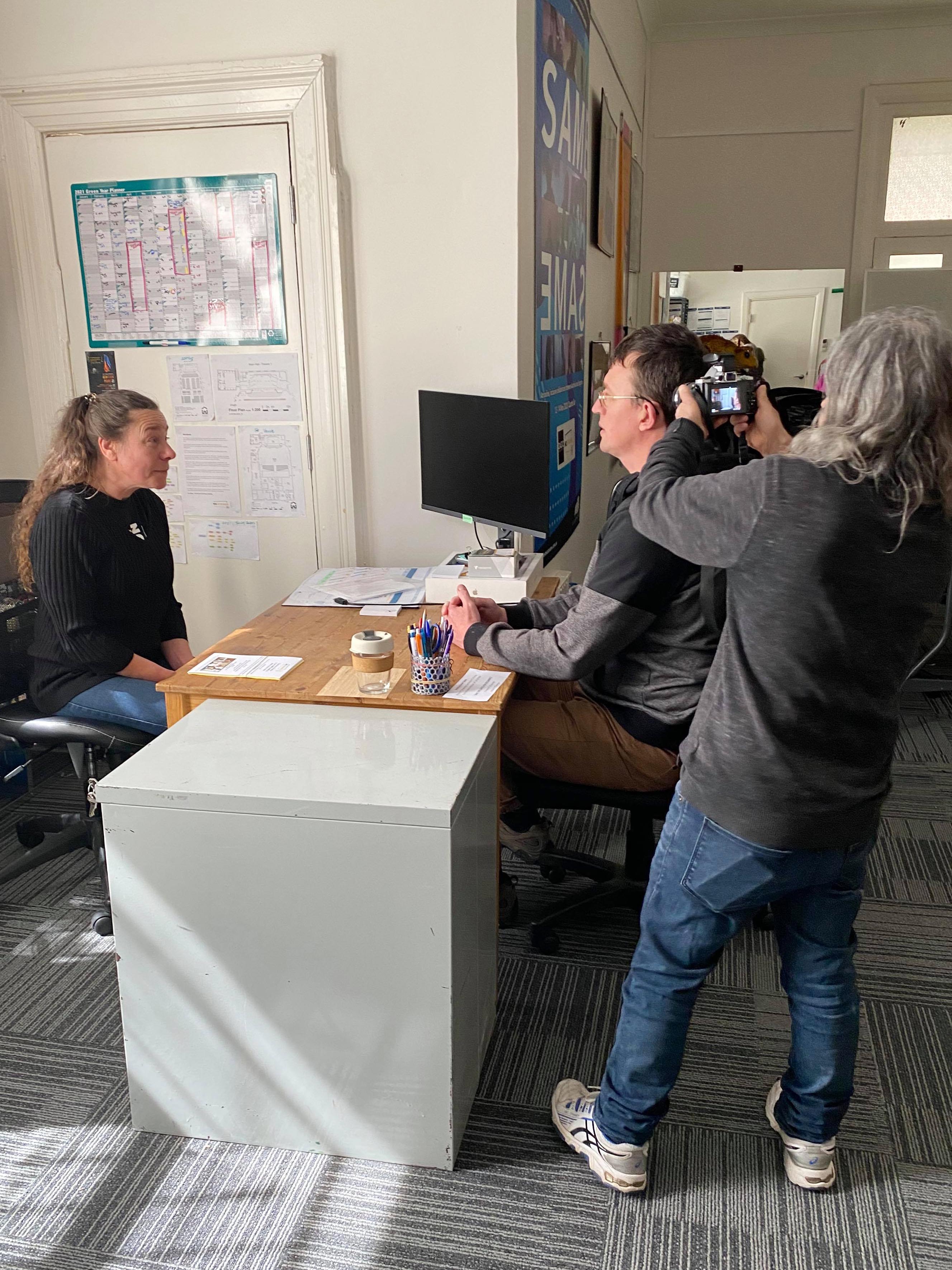 Paulo Castro is a renowned Portuguese theatre director, actor and filmmaker and playwright, respected for his political and provocative works. Paulo was the recipient of the Best New Director award in Portugal for his work on the 2001 European Capital of Culture in Portugal. He has directed works at the Sao Joao National Theatre, including Edward Bon’s Red Black and Ingorant and Chaos is Near Godby Lars Noren.

Paulo formed Stone/ Castro with Jo Stone in 2003, writing, directing and performing in works including Dis-integration Wake Up Hate, RED SKY and Massacre. In 2010 Paulo directed Superheros in Space, which toured to Adelaide and Melbourne. Most recently Paulo wrote and directed Decomposition for the 2014 Adelaide Festival. Other recent works include Death of a Clown for Teatro Bando/Portuguese National Theatre in 2011, Director for Footsoldiers by Nicki Bloom for Brink Productions, Tom the Loneliest for No Strings Attached and Motortown for the in Alakantara Festival Portugal. Paulo has worked with No Strings before in such productions as Tom the Loneliest and Maurice's Symphony (short film).

Please keep an eye out on our socials/newsletters for our next school holiday intensives!