Night Terrors aka Godzilla vs No Strings

Night Terrors aka Godzilla Vs. No Strings is an exploration of fears, diversity and acceptance where physical theatre, comedy, fantasies and nightmares all get blended together - A hilarious & touching theatre nightcap by the Men's Ensemble of No Strings Attached Theatre of Disability

Alone in our beds at night we think of things that keep us awake, things that frighten us, about monsters under our 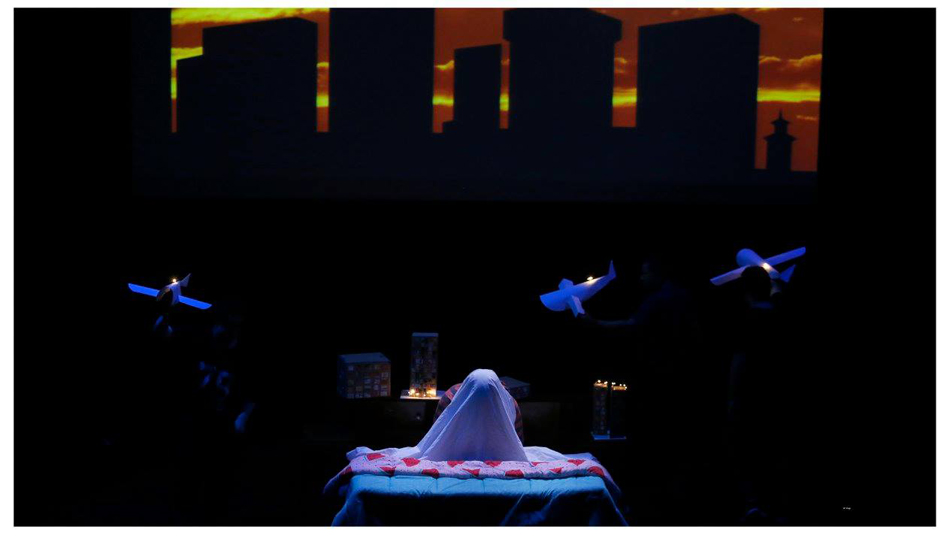 beds. We think about Trump destroying the world... but there are also fantasies and dreams under the sheets.

No Strings creates original theatre through the unique perspectives of our artists and performers who live with disability. In "Night Terrors aka Godzilla vs. No Strings" the Men's Ensemble explore their fears, experiences and skills to touch hearts and promote understanding and change.

This is the 1st show that the Men's Ensemble and Alirio Zavarce (newly appointed Artistic Director of No Strings Attached) have created together since their Helpmann Award Nomination (2015) and Ruby Award win for their 2014 national regional tour of "Sons & Mothers".

Premiered at The  Adelaide Fringe 2017

"FEARS, nightmares and dreams bubble to the surface in this new, self-devised performance from the men’s ensemble at Adelaide’s No Strings Attached disability theatre company.

Artistic director Alirio Zavarce told the audience at the outset he asked the group what kind of show they wanted to make.

Their answer came back — something funny and serious with movement and clowning about confronting your fears.

They cover all this and more in their sweet, wry, sincere play Night Terrors, which begins with an avalanche of snoring and Buster Keaton-style routine as one of the cast tries all the angles to get comfortable in bed.

Zavarce makes a cameo appearance to interrogate the men about their fears and dreams. Their answers, caught on film and projected on to a screen at the back of the stage, are illuminating.

The screen is also used to show footage of Godzilla, the 1950s movie monster of all fears, and other images that form the backdrop to the action.

Spirited performances, clever direction, great music and sound, and a beautiful, cinema-inspired Kathryn Sproul set, make Night Terrors a Fringe play worth venturing out from under the bed for.

My highlight? The men’s ballet and wheelchair duet."