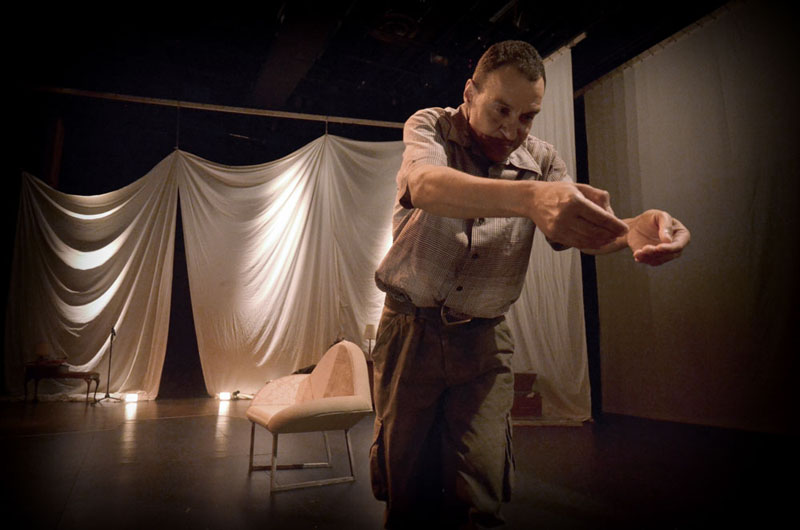 Get Involved in Workshops and Performance

Drama skills are life skills, and drama workshops are tailored to the individual goals and abilities of each participant.

Click on the No Strings Participants below to view their profiles. 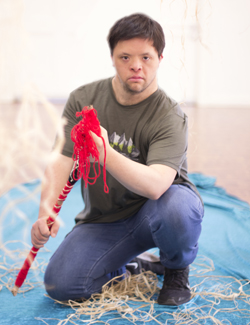 Josh is a Larrakia, Wadaman and Karajarri man from the Northern Territory and Western Australia. Other ancestors came to Australia in the 1800's from Ireland, China, Germany, Japan, England, The Philippines and Scotland. In 2011, he devised his own character for 'Lost in Confusion', a film produced at workshops during The Other Film Festival in Melbourne. 'Lost in Confusion' screened at The Other Film Festival in 2013. In 2012, Josh was awarded an Australia Council Jump Mentorship for his work as an emerging actor; as a mentee, he worked with Back to Back Theatre on their Darwin and Tennant Creek tour of 'The Democratic Set'. In 2013, this young actor moved from the NT to SA to become part of Adelaide’s vibrant disability arts scene. Josh is an active member of both No Strings and Restless Dance Theatre. His professional debut in Adelaide was performing as an understudy in Sons & Mothers (2013). Josh is also a key performer with the No Strings / Kura Yerlo workshop called Tracking Culture, performing as Mar the Cockatoo Man in 2015. Josh also performs with Restless Dance Theatre. 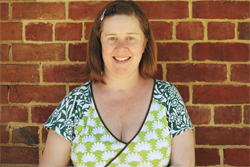 No Strings is about work and as a professional actor its nice to be getting back into work. I just love being on stage! 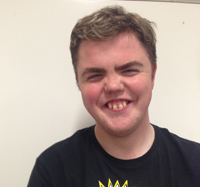 Paddy joined the No Strings Men’s Ensemble in September 2015 as an 18-year-old in Year 12. He made his No Strings debut in the third creative development of The Angel Project. Away from school and acting, Paddy writes and illustrates stories about a fictional alien race he invented calls Poliskins. 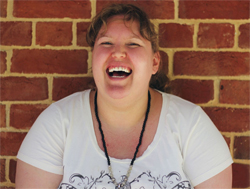 I have been a performer with No Strings Attached Theatre of Disability since 2009 when I joined the Mixed Doubles workshop. We perform every year in the No Strings showcase, Connect!.  As a performer with Mixed Doubles, I also toured to the Awakenings Festival in Horsham VIC in 2009 and 2010. In 2010, I was invited to join a No Strings professional training program, Preparing The Garden, where I participated in several creative developments and completed a short film on disability and dating. In 2011 I was in the comedy workshop Cracking Up run by the Mental Health Coalition. In 2012/13, I participated in the creative development of a No Strings/Urban Myth co-production called The Shelter is a Trap -- this was my first creative development where I learned how to follow a script and how important collaboration with other actors, writers and directors is when putting on a performance. In May 2014, I performed with Tutti Arts in my first major theatre production Eye Music. During that time I developed and strengthened valuable stage skills like how to manage my time when on set, and understanding what is expected of me on set. I believe that the experience that I obtained during Eye Music is going to be crucial to my success in the creative development for Of Two Minds, a new piece being devised by the No Strings Women’s Ensemble. I am a proud founding member of the Women’s Ensemble, and we will perform Of Two Minds at the 2016 Adelaide Fringe Festival. 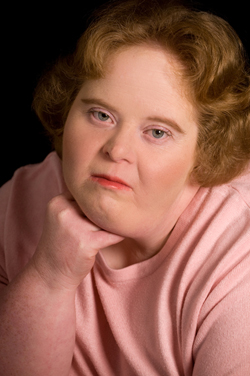 Rachel joined No Strings in 2002 to perform in “Hidden”. Rachel danced with the Restless Dance Theatre for nine years in nine productions and two major tours, including the 2000 Paralympics Arts Festival in Sydney. In 2002 she received a grant from Arts SA to go to London to undertake three months of tutor training, mentored by Wolfgang Stange, Director of AMICI Theatre. In 2008, No Strings recommended Rachel for the lead role in the short film “Work Ready” produced by graduating students from AC Arts. For her performance, Rachel was nominated for Best Performance in the South Australian Screen Awards. Under the mentorship of Cole Larsen (Screen Production lecturer at Flinders), Rachel wrote and directed her own short film entitled “Brown the Dirt”. In 2008, back at No Strings, Rachel co-created “Turkish Delight”, a cabaret duet with Netta Yashchin. In 2009 she worked with Julie McNamara to co-create “Steak & Chelsea”, performing at Adelaide’s Feast Festival and in London. Under Maude Davey’s direction and No Strings’s auspice, Rachel performed with Emma J Thompson in Moira Finucane’s “Salon de Dance” in the 2010 Feast Festival. Rachel is an active member of No Strings and is a founding member of the No Strings Women’s Ensemble (2015) which will perform their devised piece called “Of Two Minds” at the 2016 Adelaide Fringe Festival. Rachel was an active member of Tutti Arts for six years, and is currently a member of the Restless Senior Ensemble. She is also studying for a BA in Drama at Flinders University. 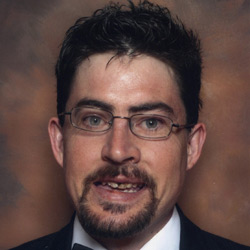 Duncan has been a member of No Strings since 1994. His stage performances include: “Norwood At Work” (1994), “Ability Rules, OK?” (1996), “Retouched” (1999), “Hidden” (2002), “Catching The Juice” (2003). Since 2004, Duncan has been a core member of the No Strings Men's Ensemble, performing annually in workshop touring productions. In 2007, with Julian Crotti, he co-created the roles of the original Toms in the critically acclaimed “Tom The Loneliest”, in Adelaide and in Melbourne (2009). For his performance at LaMama’s Carleton Courthouse Theatre, he was nominated for a Melbourne Green Room Award. Duncan was a core ensemble member of the award-winning production and tour of Sons & Mothers (2010-2014), and participated in all three creative developments of “The Angel Project” (2012-2015). 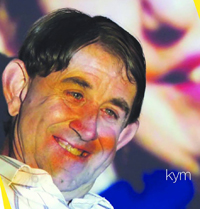 Kym is a lifelong theatre enthusiast. Deep focus and ever-present joy define his work on the stage. Kym joined No Strings in 1999 to take on a key role in “ReTouched”. In 2001, he toured to regional SA and the KickstART Festival in Vancouver with “In Your Wildest Dreams”. Other No Strings productions include “Hidden” (2002) and “Catching The Juice” (2003). In 2005 and 2006, he created and performed “Trapped” with Alirio Zavarce. In 2010, “Trapped” toured to Vanuatu and, in 2011, won the inaugural Graham F Smith Foundation Peace Award at the Adelaide Fringe. Since 2004, Kym has been a core member of the No Strings Men's Ensemble, performing annually in workshop touring productions. He was a core ensemble member of the award-winning production and tour of “Sons & Mothers” (2010-2014), and he participated in the first and second creative developments of The Angel Project (2012-2014). Kym is also a member of Restless Dance Theatre’s Senior Ensemble. 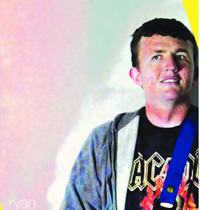 Ryan joined the Men’s Ensemble in 2007 and has performed on No Strings annual tours to Horsham’s Awakenings Festival (2007-2010). In 2009, he was selected to perform in a 2009 SHINE SA DVD about disability & dating. Ryan was a core ensemble member of the award-winning production and tour of “Sons & Mothers” (2010-2014) and an ensemble member in all three creative developments of The Angel Project (2012-2015). He is a committed heavy metal fan and bass player. 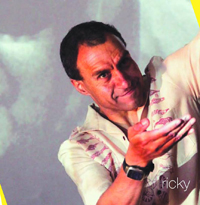 Richard Samai is a Torres Strait Islander born in Adelaide. At 33, he began to explore his connection with his culture and country (Western Torres Strait Badu mob). Richard brings intense physicality and grace to performance, and he relaxes by standing on his head, climbing trees and taking long walks (he's known to walk from Marion to Port Adelaide).

With dancer and choreographer Tina Barry, Richard created Lionheart (2005-2006) to explore connections of place & loss, including the passing of his mother. He joined No Strings in 2003 as an ensemble member of Catching the Juice. He is a continuing member of the Men's Ensemble. 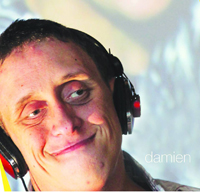 Damien spent his first four years in hospital with a rare chromosomal defect; doctors told his mother that he would never walk, talk or eat. Now in his 30s (walking, talking and eating), Damien has been a performer with No Strings since 2003 (“Catching The Juice”). In “The Ride Of Babs and Sonny” (Adelaide Fringe, 2006), Damien and Jo Zealand discovered their connection as clowns in a dream about friendship and consequence (and Damien's favourite ‘song’, The Ride of the Valkyries). Damien is a continuing member of the Men's Ensemble, performing annually in workshop touring productions. He was part of the first creative development of The Angel Project in 2012, and a core ensemble member of the award-winning production and tour of “Sons & Mothers” (2010-2014).

Justine joined the No Strings Mixed Doubles drama workshop in 2014, and performed that year at the Disability Expo and at Connect! In October 2015 she was invited to make a cameo appearance in “Angels” (the third creative development of The Angel Project). Her life’s dream is to be an active member of a theatre company. 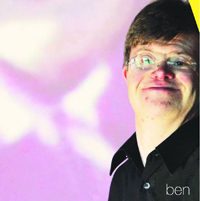 Ben has been a performer with No Strings since 1999 when he was part of the original creative development of “In Your Wildest Dreams”. He re-joined the Men’s Ensemble in 2004, performing annually in workshop touring productions and was a core ensemble member of the award-winning production and tour of Sons & Mothers (2010-2014).