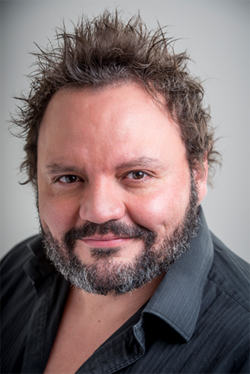 Alirio was born in Caracas, Venezuela and migrated to Australia in 1992. In 2000 Alirio graduated from the Flinders University Drama Centre.

Alirio has numerous performance credits with many theatre companies across Australia including: Sydney Theatre Company, Victorian Opera, The Malthouse and State Theatre Company of South Australia. For Windmill Theatre Alirio has performed the role of The Wizard in The Wizard of Oz, Geppetto in Pinocchio and The Cat in Boom Bah! Alirio is a founding member of The Border Project and has performed and co-created in all of its productions. Alirio is a multi-award-winning director and theatre maker who has created numerous projects and created works in Jails, Detention Centres, Universities, Schools, with Youth at Risk, with Multicultural and Linguistically Diverse Communities and with companies across Australia and Overseas.

In 2013 Alirio founded “True North Youth Theatre Ensemble” and in 2014 directed their debut performance "A Sense of Home" which won the Peace Foundation Award at The Adelaide Fringe 2014.

From 2014 until now Alirio produced and directed "Live From Channel 9" the interdisciplinary venue at the Adelaide Fringe Festival.   Where he created and performed "The Chapel of Love", “The Bureau of Complaints”.  He performed the role of Geppetto in Windmill’s “Pinocchio” at the Opera House and reprised the role at The New Victory Theatre in New York in March 2015.

In 2015 Alirio received The Citizen of The Year Award from The City of Port Adelaide Enfield.

In 2016 Alirio performed the role of "The Rat" in Windmill's Rumpelstiltskin.  He also devised and directed "The Lie You Have Been Sold" with Conspire Theatre an Ensemble of Incarcerated Women and their allies in Austin, Texas.

Also in 2016 became the Artistic Director of No Strings Attached Theatre of Disability and in  2017  Directed: “Night Terrors a.k.a Godzilla vs No Strings” at the Adelaide Fringe and “The Gathering” for “Spirit Festival” a piece created, performed and devised by No Strings Attached and Kura Yerlo’s “Tracking Culture” an Ensemble of First Nations Artists and Performers with Disabilities.    For True North Youth Theatre Ensemble Alirio devised and directed “EBully” in collaboration with young artist aged 13 to 17, which received the Adelaide Critics Circle Award for Innovation 2017.

Alirio is the Artistic Director of ‘AJZ Productions’, ‘True North Youth Theatre Ensemble’ and ‘No Strings Attached Theatre of Disability’

Alirio is currently developing “The Tower of Babel”, “The Book of Errors” and “I Forgot to Remember To Forget” which will have its World Premiere at The True Colors Festival in Singapore 2018.